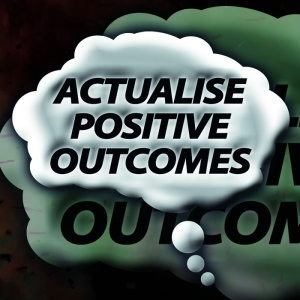 As part of an occasional series I’ve uploaded a new sound work to Bandcamp.

‘Mmmmm’ was produced for a performance with Daniel O’Sullivan and Alexander Tucker at Raven Row, London on the 13th December 2014 as part of the ‘Plastic Words‘ exhibition.

It can be streamed or downloaded free here.

As part of the Illuminations Festival, on November 6th at the Roundhouse Studio, London, Grumbling Fur will performing a long form version, live score for my recent video installation ‘Rose’.

Moving through increasingly unsettling hypnotic sections, affirmative texts of the kind encountered in self-improvement manual and corporate speak, creep gradually towards something more sinister. This seemingly affirmative, commonly used language contrasting the imaginary landscape of individual aspiration with our real conditions of flawed existence. The work was influenced by interrogation techniques found in the declassified CIA Kubark manual.

The title ‘Rose’ refers to the symbol of the Rosy Cross. The cross features the letter formula INRI, the letters commonly found above the head of Jesus in depictions of the crucifixion and representing the Latin ‘Iēsus Nazarēnus, Rēx Iūdaeōrum’ in English, Jesus the Nazarene, King of the Jews. However in Esoteric traditions the INRI formula has many alchemical interpretations many relating to cleansing or renewal. For instance ‘Igne Natura Renovatur Integra’ (Nature is completely renewed by Fire’) or ‘In Neci Renascor Integer’ (In death one is reborn intact and pure). The formula is also attributed to the Hebrew words Iam, Nur, Ruakh and Ieveshah, which represent the four elements water, fire, air and earth. The soundtrack for the work is an original piece written and performed by Daniel O’Sullivan and Alexander Tucker, using a 7.1 Surround Sound.

Tickets for this show are priced at £12 and are available from the following links:

SEE TICKETS / WE GOT TICKETS

It’s been my great pleasure to have recently made a video for the wonderful Grumbling Fur. This is the second video from the excellent ‘Glynnaestra” album out now on Thrill Jockey.  For the full experience be sure to view in HD.

The video is part of an ongoing collaboration with Daniel O’Sullivan and Alexander Tucker that began last year with Alex and I working on our ‘Knots’ piece for the Wysing Arts ‘Space Time’ festival. We are currently working on a installation work for Dilston Grove, London for April next year.

(Here’s what MOJO said about the video for Protogenesis…..

Daniel O’Sullivan and Alexander Tucker – aka underground duo Grumbling Fur – have been working together since 2011, steadily weaving together a vast array of influences (Aphex Twin, Vangelis, This Heat, solo McCartney, ice cream vans, kettles boiling), culminating in the release of their excellent new album of mantric avant-pop, Glynnaestra.

Described in MOJO 238 as “pop music as strange liturgy, where ice-cream van carillons and a replicant’s last words are transformed by Tucker and O’ Sullivan’s mournful vocal accord into pagan Depeche Mode pop”, the record will delight psych, electro and prog-heads alike. Settle into their world via the warm, lysergic storm of Protogenesis.